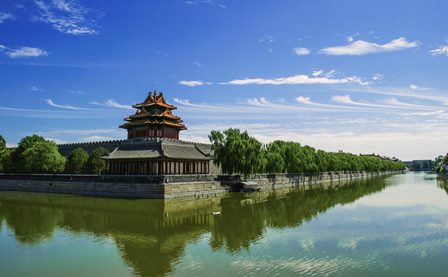 One can wonder how much Feng Shui influences a political career. Back in the early 1990’s when I was a new Feng Shui practitioner, I saved an article from a major magazine, which mentioned the “feng shui” of the Oval office. My memory is a bit fuzzy right now, but either Clinton or Gore had gotten a reading on the West Wing and I believe it was handled by a very well-known feng shui consultant based in New York, Pun Yin. Around the same time, she began advising Trump and he was quoted in several articles about how he takes Feng Shui seriously since he works with so many Asians with real estate projects.

The article about Clinton and Gore wasn’t a serious expose on the art and science of Feng Shui. Rather, I recall that it was more about glamorizing the relatively young ages of the new President and Vice-President and how hip they were. (Compare that to pre-campaign season 2020 with most of the front runners being elderly folks.) Certainly some of Obama’s luster was in his relative youth.

The concept of Feng Shui has worked its way into western culture over the last few decades and now people casually use the term feng shui, mostly appropriately, if not ironically. I was watching a Netflix comedy Special recently with actor/comedian Colin Quinn remarking that having armed guards at all our U.S. Schools (as a solution to mass shootings) “didn’t sound like good feng shui.” And he would be right on that count.

Throughout history, the average Joe did not have such easy access to feng shui information, which is why a lot of myths and superstitions came into being. When you hear about something third-hand or taken out of context, misconceptions can’t help but be generated. It’s like the game that kids used to play called “telephone.” By the time a phrase had been repeated and passed long 30 times, it changed significantly.

Early on, the kings, emperors and wealthy class had access to a feng shui master, but not simple peasants. At least this is the folkore that gets passed down, much like the telephone game. In modern times, we can interpret spaces and “flying stars” differently, but they still yield similar results.

For example, there are energies which could exalt a king or political leader if he were to dwell in those energies in his personal palace or official governmental structures. Those same energies could today enhance a person’s political career, name recognition and power. Instead of kings and emperors, we have presidents, prime ministers and various Cabinet Administrators. The 6 Metal star is associated with power and authority, assuming more responsibilities. And it is still called the “Military star.”

The 5 Yellow Star is often called the “Evil Emperor” because some of the ruling leaders were real sociopaths. It was hit and miss in the various dynasties. Some historical Chinese emperors were kind and some were ruthless. Some of the emperors wanted to gather all the Feng Shui information they could, while others had the feng shui books burned and the feng shui masters killed.

The symbolically coded 5 star in feng shui, wherever it lands in a house, can contribute to mishap, arguments, accidents and obstacles. The 5 star is the “monkey wrench” that can ruin or stall plans when interpreted in a Nine Star Ki analysis as well. And yet, when the 5 star is in a good phase, it can be the most benevolent and exalted, prosperous energy of all.

In politics, name recognition can be key to leading in the polls and the 4 star can give someone that extra boost, as well as the 9 star for intelligence and fame. The 7 star is associated with someone being charming and charismatic. Unfortunately, this has driven the success of some individuals who really had/have no business pretending to be public servants. In contrast, people like Ross Perot and Ron Paul had prophetic messages to deliver, but the packaging was not sexy enough for the masses.

We can micro-manage the personal dwelling of a politician and predict how that person might do in any campaign. We can look into their personal astrology to see if their timing is helping or hurting them also. We can look at much larger abstract calculations in terms of what direction a country is going and the times we are living in.

For example, we are four years away from the beginning of Period 9. The 9 star is associated with a middle-aged woman. These energies can start to manifest before their official start, in the same way that labor might begin even a day or two before birth takes place. Because we are so close to Period 9, some people assumed that the U.S. would have a female President by now. But that has obviously been delayed, in spite of other countries having female leaders. In fact, the “time-line” for many events and milestones on planet Earth appears to have been altered and that is a whole other discussion in metaphysics beyond the scope of this little article.

One other way in which Feng Shui and politics intersect has been in the practice of “Yin House” Feng Shui, which is the divination of grave sites. Using some similar techniques as “Yang House” Feng Shui, (feng shui for the living) and some techniques exclusive to grave site analysis, early Feng Shui masters could predict if the descendants of the deceased would be kings, warriors, philosophers, and others of great fame and stature.