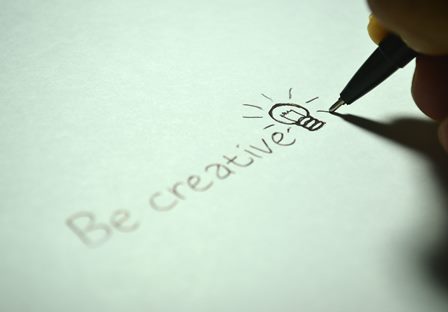 Before delving into the dual nature of the flying star 4, let’s first define quickly what a flying star is. This is a term used to describe a type of energy. This energy is created at the time a structure is built and is contained inside a house or building indefinitely. Imagine if you could contain the “air” in a house at the time it was built. The flying stars are a coded language for this type of “air” or magnetic field. The magnetic field, unique to the structure, endures and has a predictable influence on living beings who dwell inside.

Going back to the origins of Feng Shui as a predictive art some 3,000+ years ago, the flying stars were derived from astronomical influences and an association with the stars comprising the Big Dipper. So, a “flying star” is a type of energy which can be contained in a structure, but can also move around, float or “fly.” In fact, we have an American saying “My how time flies,” and that is a major Feng Shui concept!

We assign numbers to the stars and they total 9 and are paired up into 81 basic combinations. These numbers, as stars, are only loosely related to any kind of numerology, and yet we often see some misinterpretations of the flying stars just based on the numbers connected with them. For example, in Chinese culture, the number 4 sounds similar to a word that means death, so there is a cultural prejudice against the number 4. This is one of the enduring myths about the number 4 which has caused people to shy away from addresses with the number 4 in them or variations on the same theme such as avoiding the 4th floor.

This is a shame because if a number sounds like something else in one particular language, it just doesn’t carry any real universal, energetic significance. In American culture for instance, the number 7 is considered lucky. And yet, what if the word “seven” were to be maligned or feared because it sounded similar to “severe” or to “sever.”

In Classical Xuan Kong Flying Star School, the controversy about the flying star 4 is not whether it sounds like the Mandarin word “sze” (death). Rather, the good or bad qualities associated with the 4 star have to do with timeliness or un-timeliness. In other words, all of these stars, as energy, go through long term major cycles. And sometimes their influence is supportive and benign, while other times the influence could be harsh.

The double-edged sword of the 4 star is that this is energy, wherever it exists in your house, which could stimulate creativity in many forms, such as writing, art, music, acting, and all kinds of creative pursuits and projects. Sometimes the 4 star is called the “Academic Star” or the “Artist’s Star.” As well, the 4 star is referred to as the “Romance Star” since dwelling in that energy can attract romantic and sexual encounters.

Where that energy exists in your house depends on when the house was built and what direction it is facing. This combination of time and space reveals the unique positioning of all the stars in your personal space. In other words, we can’t say that the 4 star always resides in the back right hand corner of your house. Nor can we say that the 4 star always exists in the southeast portion of your house. Every house is different.

Now, we happen to be living in an Era when the 4 star is considered “untimely.” It is not in a good phase and it hasn’t been for many decades and won’t be in a good phase for many more decades to come. All these stars go through a 180- year-cycle which repeats perpetually. When the 4 star is untimely, it can bring out more problems with love and relationships. It can contribute to heartache and betrayal. And yet, some people are still able to extract from this 4 star energy the good qualities that have been mentioned (art, writing, music).

Sometimes the good and bad manifest equally. A theoretical example might be an author who receives Feng Shui advice on how to stimulate the 4 star in their home. Perhaps their book gets published or they get fueled with even more creative writing ideas, but in the same time frame they have some troubling romantic deception revealed.

It is the job and responsibility of any professional consultant to be able to estimate how much of this energy should be stimulated versus left dormant, for the sake of the client. What may be appropriate for one person is not for another. What may be supportive for a single person may not be for someone who is married. The 4 star is a double-edged sword because it can manifest both positive and negative influences simultaneously in our current times.