Just How Old Is Feng Shui Anyway? By Kartar Diamond

Just How Old Is Feng Shui Anyway? By Kartar Diamond 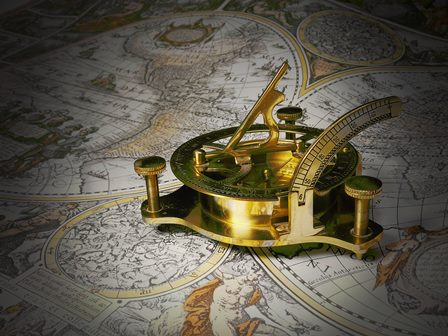 Feng Shui is usually described as an ancient practice that is several thousand years old. And yet lately I have heard of at least two Chinese practitioners who are now saying it is not as old as people generally think it is. One man’s article on the Internet is even claiming that it is only about 70 years old! This is absurd of course, but a client recently brought his article to my attention. I could only assume it has a major typo in his article.

Fact is, this mystical tradition is steeped so heavily in Chinese history and documented so well that there is no way a sane person could think it has only been practiced on this planet for 70 years. We have books that are still with us from hundreds of years ago and records from various Chinese dynasties in regards to how it was studied, catalogued, and regulated. We know which Emperors exploited this ancient wisdom for themselves only and which ones mandated that the information be tested and standardized. There are old books and Feng Shui compasses (call Luo pans) on display in museums around the world as ancient artifacts. We even know the names of some of the greatest masters and contributors to this art and science, even the towns in China where their Schools began. But just how far back the practice goes does depend on what your reference point is.

The term “feng shui” was not even used until Guo Pu (276-234 CE) coined the phrase in his book Zang Shu, Book of Burial. Prior to that time, it was referred to as “di li” or “kan yu” theory. The Chinese invented the compass, and for Feng Shui divination purposes, long before it was used for maritime navigation. Any web search on the origin of the compass will take you to the same answers. Someone might believe that the practice really wasn’t in full swing until the invention of the compass, but that is not true either.

Earlier masters were experimenting with a magnetized needle before an official Luo pan was manufactured. And we can assume that many people knew the world was round and not flat long before it became “common knowledge.” The invention of the compass created new applications relative to magnetic north, but long before that the “Fang Shih” practitioners were using something called a Shih Board, with calculations imprinted on it relative to True North. The Shih Board was in use B.C.E. and was the direct predecessor to the Luo pan.

Some authors and practitioners might be referencing the development of two major Schools as the starting point in Feng Shui’s history, with the San He School, founded by Wang Chi (990-c. 1060) preceding the San Yuan School by around 600 years. Many classical practitioners in modern times utilize the San Yuan techniques, particularly the Xuan Kong Flying Star School. This School is much younger, but Feng Shui as a whole is more than 2,000 years old in practice for sure.

Occasionally you will see it mentioned as more than 6,000 years old and this might be because other ancient civilizations were experimenting with the same concepts, including in India and what is now Iraq (called the “cradle of civilization” with a cultural history spanning 10,000 years.)

Many ancient cultures were fascinated with astronomy, the root of Feng Shui, and creating the foundation for what the Chinese later took to a very sophisticated level, as both an oral and well documented tradition. In Stephen Skinner’s book, Feng Shui History (subtitle: The Story of Classical Feng Shui in China and the West from 221 B.C. to 2012 A.D.) we are taken all the way back to 2,852 B.C. when Fu Xi is credited with articulating the Eight Trigrams, The He Tu, and the Former Heaven Sequence. Fu Xi has been regarded as the Father of all of Chinese metaphysics and while he may not have been a singular person, perhaps an Era instead, the principles and some of the applications for Feng Shui practice were being conceptualized at that time.