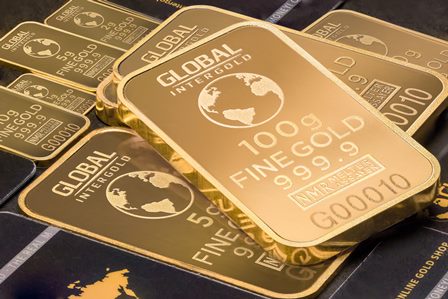 I have been around the New Age metaphysical movement for decades and there is a popular word used which can have different meanings and contexts. The word is “prosperity.” If someone were to do anything (a feng shui remedy, a meditation) in the hopes of generating more “prosperity,” there is an assumption that it can mean drawing in more income or financial luck.

This is certainly one adequate and accurate definition of prosperity, to tie it to money making capabilities, in the most basic, mundane ways. But the word is so much more meaningful than just being lucky with money or material success. Prosperity is also about an attitude. And this is where there are even more nuances. For some, prosperity means that they have a positive attitude and a confidence that all will be well, and looking forward to the future without worry or concern that one’s needs will always be met.

Some people leave it at that, and sometimes even become self-critical that they don’t seem to possess a natural feeling of “prosperity” or entitlement that they deserve to have whatever they want or need. A lot of our good or bad attitudes toward money and wealth do come from our own families and upbringing. Additionally, we have an onslaught of subliminal and not-so-subliminal advertising messages constantly bombarding us with notions about what wealth and happiness should look like.

Is anyone really convinced that if you snap open a bottle of Coke that birds will start singing and rainbows will encircle you? Does anyone believe that if you drive a certain car that you will own the road and become a chick-magnet? And yet, on a sub-conscious level we are being played constantly by the media with images and symbols of what they think prosperity means for the masses.

How does one even approach the belief that they deserve to have it all and that they are entitled to prosperity, whether that represents hard won financial security or even conspicuous opulence? Many people do not believe they are capable of achieving “prosperity consciousness” due to one major blind spot in their world view or personality. And that is this: if you believe that by having something, it automatically takes away from someone else, you will likely feel guilty and this guilt can put a damper on your own potential. I am very conscious when I use the word “envious” instead of “jealous” because I know that when we are jealous, we want something at another person’s expense. When we are envious, we just want what they have also.

I love it when my friends are doing well. I might be envious, but I am not jealous of them. In order to achieve prosperity consciousness, the most effective and liberating route is to really feel in your heart of hearts that the Universe is unlimited. If you have prosperity, it does not take away from someone else. God, Love, and Prosperity are infinitely abundant and there for you to enjoy. And I might add that some of the wealthiest people on our planet are also the most generous.

Right now in the United States and in other parts of the world as well, there is a lot of discussion and debate about economic equality, redistribution of wealth, and what people believe are human rights and civil rights. Some of that angst around those issues comes from a place of fear, jealousy and a lack of personal prosperity consciousness.

One of my father-in-law’s favorite quotes was from the Beatles: “The love you take is equal to the love you make.” This is an acknowledgement of prosperity consciousness and about the laws of Yin and Yang, the ebb and flow of infinite energy, which feng shui practitioners call Qi.

In Feng Shui, when we are doing “prosperity” remedies, we are doing so much more than trying to make our homes a satellite dish for career opportunities. In the most sincere, genuine way, we are trying to “go with the flow” instead of against it. We are trying to unite our own consciousness and the manifestations of our minds (microcosm) with the macrocosm. We are even tapping into other overlapping dimensions to borrow from other realms and timelines, which are Infinite.

Prosperity is one type of energy exchange. How does one come to believe, or better yet know, that there is an infinite supply of energy? At this time, I can only suggest meditation as one of the most effective practices. Any meditation will “empty” out the ego and what takes its place is an experience of expansion which goes beyond words to describe. Because it feels infinite.