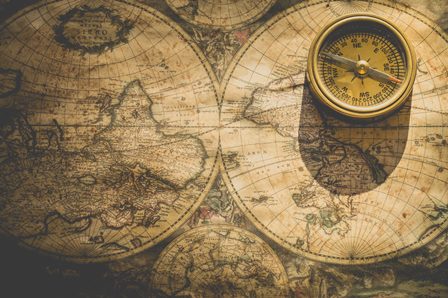 When asked about the ever-moving magnetic North pole, it motivates me to find out what is the latest research and opinions. And recently, there have been more reports coming out of the scientific community about the increasing rate of speed with which the magnetic poles are moving. No one seems to know why.

A student in our Feng Shui School brought to my attention an article here:
https://watchers.news/2019/01/12/north-magnetic-pole-rapidly-migrating-towards-siberia/?utm_source=dlvr.it&utm_medium=facebook

And then I went on to look up more findings on the Internet. The phenomenon of the fluctuating magnetic poles is fascinating, in and of itself, in terms of how it could affect our planet, humankind and all of nature. And with it, people wonder how it will influence the Sun’s radiation power if the magnetic field of our planet weakens further.A weakened magnetic field can be a side effect of poles shifting.

The poles have shifted hundreds of times in our Earth’s history, over vast amounts of time and this is also referred to a “geomagnetic reversal.” Many people worry that this will cause an apocalyptic event or series of devastating events which will turn our world topsy-turvy and end all life as we know it. Many researchers, however, have said that there is no evidence that the pole shifts in the past have caused any mass extinction, and yet the last complete pole shift was some 780,000 years ago. So, we don’t have records of what happened the last time!

If a complete pole shift were to happen suddenly, it probably would be catastrophic, but more likely the shift would be gradual and life on our planet would probably find ways to adjust during the process.

What brings a certain level of anxiety to feng shui practitioners is whether the beginnings of pole shift, like the current ramped up movement of the North and South poles, will render our luo-pans or compasses unable to function or give us the proper directions. This is also a real concern for all of those who use electronic devices reliant “on the Reference geomagnetic field models such as the World Magnetic Model (WMM) and the International Geomagnetic Reference Field (IGRF), used in a wide range of applications, including aircraft and ship navigation, and embedded in billions of handheld electronic devices” according to Arnaud Chulliat, a geomagnetist at the University of Colorado, Boulder.

One could even wonder if this would change the local magnetic fields so radically that they would not even produce the same or any flying star energies which have been so predictable in their influence and our ability to reliably calculate them.

As much as I love being a feng shui consultant, I think that a sudden radical sabotage of our Earth’s magnetic field through pole shift, solar flare or asteroid hit might indicate that we all have much bigger things to worry about than our compasses. That said, I don’t think any geomagnetism experts are too worried about complete and sudden pole shift in our lifetime.