What Is A Feng Shui Case Study? by Kartar Diamond 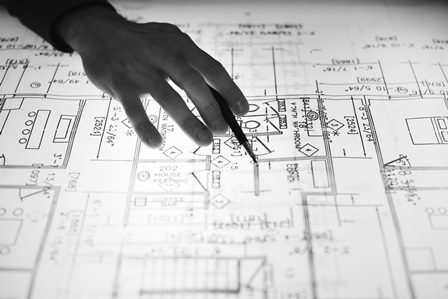 As with many subjects and disciplines, a case study is an opportunity to observe or apply the theories relevant to the given discipline and note how those theories manifest or respond in a real life situation.

The same is true with Feng Shui, an ancient discipline that has been used and documented for several thousand years. A Case Study will demonstrate what is both typical and predictable about a circumstance, as well as what might be an exception to the rule or a unique interpretation for it.

An example of a Feng Shui Case Study is a house type that I have been tracking for almost three decades. I have referred to this house type as a “Divorce House” because most of the occupants in this house type will divorce after living there a few years and problems can begin shortly after moving in. There are actually several different “Divorce Houses,” but one of them is the house which faces magnetic South @ 165-170 degrees that was also built between 1964 through 1983. The final nail on the coffin for this house type is having a master bedroom in the northwest sector of the floor plan. The invisible energies created in this house type will undermine most relationships.

Houses have personalities and predictable effects on occupants. Truly, every property is a unique case study. The Divorce Houses are ones which I often try to steer my house hunting clients away from, depending on their relationship status. (In fact, I have clients who express a preference in being singular and not coupled.) It doesn’t mean these house types don’t have any redeeming features; it is just known that they challenge relationship harmony and the power distribution between couples.

After we have noted the common impact of certain circumstances on most people, we can also apply the remedies or modifications, to see if the Case Study will respond differently. This is no different than a pharmaceutical company testing a drug’s effect on a medical condition. Will we get the desired or anticipated result? And will we also discover something different or additional as a by-product of the study? We all know that some medical discoveries are made by accident. For instance, many anti-psychotic medications are actually anti-seisure medications.

Good Case Study research should also look for the exceptions to the rules or seeing how a usually negative circumstance could be positive for someone else. To go back to my example of the “Divorce House” which can easily undermine relationships, I once evaluated a building with the Divorce House coordinates that was a Match Making service. This was in the early 1990’s and pre-internet, before there were on-line Dating Services.

As a business, their goal was to attract and cater to lonely or divorced individuals. That was the kind of clientele they wanted to serve. So this was a good case study example of how what is normally considered “bad” Feng Shui, actually work in favor of a very specific type of business.

The recommendations ended up being a little different than a residence because it was understood that by supposedly balancing the negative energy, it could reduce the business potential. An interesting foot note to the case study was that all the women who worked at this Match Making service were divorced.

When I was a Feng Shui beginner, I benefited greatly from attending Case Study classes, as it solidified the veracity of the theories before I had my own experiences to count on.