When Do The Annual Energies Really Kick In? by Kartar Diamond 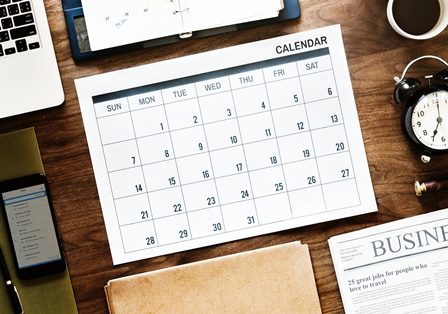 In Feng Shui teachings, we learn that the annual energy shifts on or around February 4th or 5th each year. It doesn’t vacillate by more than a day because the Feng Shui New Year marks the mid-way point between the December Solstice and the March Equinox.

This date often gets confused with the Chinese Lunar calendar, which vacillates by weeks from year to year, sometimes starting in January and sometimes February. The Feng Shui New Year is based on a Solar calendar instead.

But given that we work with the February 4th date, do the annual energies in each part of your home or business start to manifest at the stroke of midnight on February 4th? I’m paraphrasing a question recently asked by one of our on-line students. What I conceded to the student is that there really is no way of calculating this because there are too many variables to consider for any and every unique environment.

Allow me to get a theoretical example: let’s say that the annual 2 star enters a certain directional zone, which has the potential to cause sickness, loneliness, or bleeding. Any one of those outcomes could happen in February, or June, not until September or any month. Why? What makes the difference? We have to consider at least any of the following:

As you can tell by this short, incomplete list, there is a correct assumption: Usually a combination of influences must converge together before an event happens. And this is why it is nearly impossible to determine when the influences of any of the annual stars will activate, or stay dormant. Then of course, we have to factor in that there is also some measure of Free Will and Destiny, which can over-ride that exact same set of influences for one person versus another.

A second question asked by one of our students is whether or not it’s wise to spend time in a room with a 5 star (be it permanent or annual), even with a remedy in place.

This question deserves a long, nuanced answer because first and foremost we have to be practical. I don’t want to insinuate that if the 5 star lands in your bedroom one year, that you should sleep on the living room couch. Next, I shudder at the “shock and awe” descriptions of the flying stars for some of the extreme, but rare outcomes. And to be clear: what we discuss in the Feng Shui classroom or in private instruction is not necessarily what we should divulge to the public, causing unnecessary panic.

In fact, I remember in the early days of learning feng shui, where I heard about all kinds of disasters that could be traced back to the 5 star, including one story about a woman having acid thrown in her face. Well, these kinds of things rarely happen and the 5 star might instead exert such a mild influence that we could see for one individual that it just makes them more of a procrastinator, since the 5 star can cause delays or obstacles.

When it comes to just how active or just how negative the 5 star could be, we can use the same list I just posed for determining when the annual stars will make their presence known.

• What other flying stars join the singular 5 star?
• Do they temper or exacerbate the timely or untimely influence?
• What is the function of the room and how often is it used?
• Is there already a remedy for the 5 star in place, thus making the space more neutral or completely neutral?

I have actually seen a few articles on the internet where very zealous feng shui practitioners advise readers to cordon off a room with the 5 star like it’s a crime scene and not use the room at all. This is usually unwarranted and it sets a bad tone in making people afraid of an area in the name of Feng Shui. This is counter-productive to the goal of Feng Shui, which is to empower people and help them enjoy and make the most of all their work and home spaces.